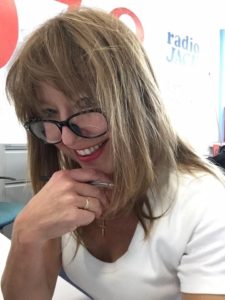 Sometimes, before writing freely, it’s necessary to get a story out there onto the page to clear the block and pave the way for other pieces of writing. I’ve had such a story in me since the day that I was born. This story has prevented me from writing with any true consistency or for any prolonged length of time, because it’s always there, screaming for my attention, insisting that I write the words down before allowing me to turn my attention to anything else, and it refuses to be quietened or to wait any longer.

I was born into a mixed race – half Polish on my Dad’s side and half English on my Mum’s.  My life was dominated by my Polish side and as such I grew up hearing the Polish language, but was never able to utter anything more than a few words and sing a few songs.  However, Polish blood and spirit ran through me.  I loved the culture, the food, the dances, the music, the very essence of being Polish and the rhythm of Polish life.  The stories Dad recited time over time over time of Poland and the journey to Siberia, his beloved East Africa and finally to England, penetrated deep into my very being. In 1979, I asked him to write down as much of the story as he could so that it would never be forgotten.

Many years later, I did a Creative Writing course at the University of Sussex.  We were told that if we had a big story in us, that now was the ideal time to get it down onto the page.  I jumped up and down with glee, thinking that this was the moment it would all come spilling out.  Some of it did, but I found that after a while the feedback from the same pool of writers was cloning my story, stripping it of its raw passion and sucking out the juice.  I was however told by the tutors that it was ‘filmic’, ‘an epic’, that they loved the story, that it made them cry. It was therefore with much excitement that I presented it to the visiting agent, who told me that if I wanted to find a publisher, that I would have to introduce an English or American element to it.

I went away and thought long and hard about how I could do this.  I then realised that this was my Dad’s story and not mine. I had my own story to tell.  I therefore decided to write a novel from two perspectives, from two time periods, one starting in present day England, the second in the early 1900s Poland, that I’d work both stories alongside each other in a parallel narrative before meeting at a certain critical point in place and time.  I then wondered what this critical point could be and started thinking about espionage, thus embellishing my Dad’s story and turning it into a novel based on biography and autobiography.  This then got shelved for many years and has been composting ever since, constantly changing shape and genre.  I eventually came to realise that perhaps this story, which by now is blazing fiercely inside me like a fat fueled furnace, was never meant to be a novel in the first place and that I was perhaps going about it in entirely the wrong way – for the moment at least.

So here is my Dad’s story as he wrote it down for me in 1979.  I have stepped in with my editor’s hat on to make it easier to read, but have ensured to keep the rich sound of his gravelly smoker’s voice in his words.